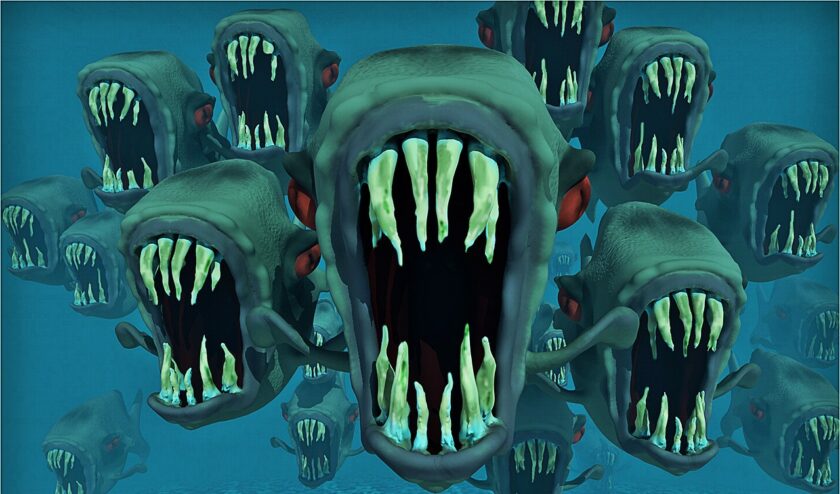 If we thought 2020 and 2021 were rough, we can still make it worse: living dead fishes have arrived. The drug Prozac is being poured into the streams by ordinary people and is making some aquatic organisms behave like zombies.

Prozac, commonly known as fluoxetine, is a very common antidepressant drug that is also used in treatment for Obsessive Compulsive Disorder (OCD), bulimia and panic disorder. As with most drugs, absorption of the compound by the organism depends on many factors, including physicochemical properties of the drug and physiological characteristics of the user. The problem is that, when using the toilet, you dispose of a high percentage of medication that was not assimilated in your body. In this case, non-assimilated fluoxetine has an effect on nature when you flush.

Researchers studied the effect of this drug on the behavior of guppies and published the results in Proceedings of the Royal Society B. Scientists kept guppies in containers with and without different doses of Prozac and studied their movement and social awareness. Scientists found out that the fishes kept in Prozac-infused water, even at the concentrations found on streams, behaved different than the ones kept in normal water.

Drugged specimens acted similarly to each other, performing similar tasks and adopting a zombie-like behavior. Furthermore, these creatures were found to be least interested in mating. This is a problem for guppies, since these behaviors make them easy prey for their predators, and the ones that survive are not interested in having offspring.