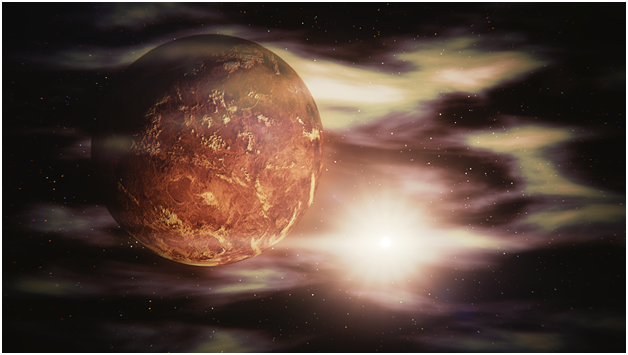 If somebody told you that Venus could host life you would look at him stupefied. Specially after you learned that Venus surface can reach up to 900 degrees Fahrenheit, and its atmosphere is mostly made of sulfuric acid and carbon dioxide. However, with the aid of high tech telescopes we now know that there could be aerial microbes living on Venus.

James Clerk Maxwell and Alma telescopes were able to scan Venus skies in search of radio wavelength looking for organic molecules, which could lead to determining the presence of extraterrestrial life. To surprise of scientist, phosphine, one of the organic markers of life, was detected at equatorial latitudes and 32-37 miles of altitude.

Phosphine is a commonly associated on Earth with anaerobic ecosystems. Interestingly, the amount of phosphine found in Venus is a thousand times more than on Earth, and scientist have discarded that this amount of gas concentrations is not possible to be created by abiotic and chemical processes. Furthermore, it is hypothesized that without the presence of this supposed Venusian microbes, phosphine would not be present on Venus atmosphere, as it would be consumed by the effects of ultraviolet radiation.

While this data needs to be reanalyzed with different methods, it is important to know that there are examples of ‘tough’ earth microbes that are able to thrive on hot springs, volcanic land and even 6 miles up on the clouds. Nevertheless, it is exciting news that lead to think that life can exist on the most grueling environments and places. We may not be alone after all!